During last term I chose The Victorians as a topic for the whole school. I have great resources for this but even so was surprised, and delighted by the interest shown. What a joy it has been to have witnessed the children’s enthusiasm grow with each lesson, not only for the singing, but for the historical content of the subject.
Squirrels and Rabbits were quite ‘horrified’  to learn that boys too would have worn dresses and pinafores up until they had their first pair of trousers at six or seven, as they found out in the singing game from Somerset. We sang songs from below and above stairs to learn about life in Victorian times.Poor little Tatters sweeping the road and the Maid’s song brought a sharp reality to how tough life could be.
Badgers and Owls now know all there is to know from the song ‘Who were the Victorians’. From building an Empire, to the invention of railways, cars and phones, to anaesthetics, the police force, the postal service, and even opening London Zoo, AND most importantly our very own BERKLEY SCHOOL.  You should question them!  Only not too much perhaps after singing ‘Song of the Street Children’ about being cunning and bold. The street cries helped  bring alive the street sellers, and how they sold their wares.
And the whole school learnt to sing a hymn which Albert, the Prince Consort wrote, because the Victorians were very big on religion and correct behaviour. We learnt about how schools were run quite differently to how they are now as Squirrels sang to us in the ‘The School Song’
Some of the children also brought in tales about their own family which was such wonderful thing. Many thanks for all those contributions from you the parents too.
All in all a great cross curricular topic. 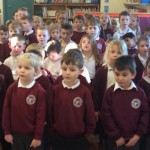 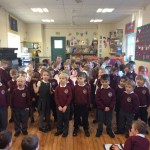 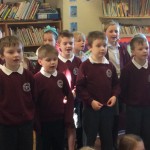 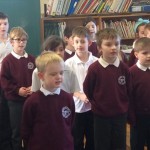 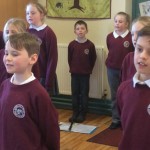 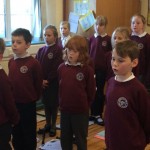 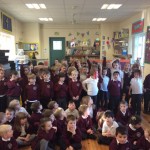 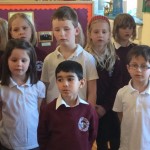 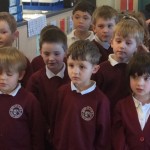 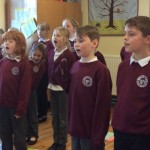 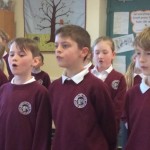 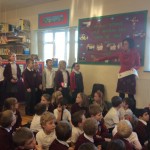 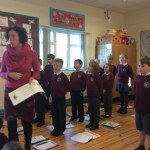 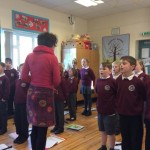 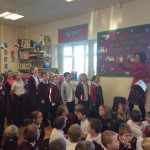 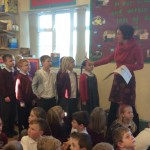